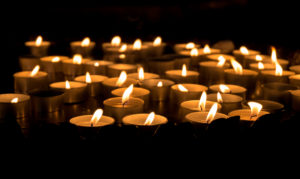 In the back-swell of all the recent events of the past year, a great deal is being said and written about racism. Following the violent deaths of two young men and then the killing of five police officers in the same week in July 2016, the term has been mentioned as the cause of all this violence. While I do not dispute that the bloodshed of the past and present has roots in extreme prejudice, I would suggest that another, equally important influence is being overlooked, that is, the hyper-stress experienced in our communities and among the ranks of police, fire, and other personnel tasked with helping people. I offer some examples:

Working as a juvenile probation officer for twenty-six years in Philadelphia, I became familiar with areas of the city where crime, poverty, and violence were ubiquitous. During this time, I often wondered as to the reason why an otherwise reasonable adolescent would throw a desk at a teacher, assault the teacher, and then run from the school building, all for apparently little reason.

In his book, There Are No Children Here (1992), Alex Kotiowitz followed two brothers living in the Henry Horner Homes of South Chicago. He described a scene in the book when he visited the seventh-grade class of one of these boys and asked if anyone had ever witnessed a homicide; to his surprise, every hand in the room, went up. He discovered that some of these children had witnessed five homicides in their young lives, not to mention domestic, physical, and sexual violence many observed or experienced. This account impressed me, and in questioning other adolescents and adults since then, I have discovered that, unfortunately, the scenario Mr. Kotiowitz described proves far more common than might be expected.

Also in my career, I have treated police and fire personnel who have had to deal with situations in which they believed their lives were in jeopardy or where they witnessed events, over and over, that became traumatizing. Finding death by violence or fire in a home; feeling threatened by individuals that they want to help; uncertainty whether they will return home from work that night; all of these have affected many men and women upon whom we rely for help.

Now, look at some of the behaviors exhibited by these individuals that I have cited: reactivity to stressful situations that appears to far exceed what is necessary and appropriate (e.g., very violent outbursts where it does not seem called for); aggressively reacting to individuals who remind them of being threatened; avoiding activities, people, and places where they have experienced significant stress; inability to tolerate new stressors; lack of interest in activities once considered pleasurable; detachment (e.g., feeling like “I have no friends, only associates” or “I’m in this alone”); a sense that life will be cut short or not be successful; appearing significantly over-vigilant all the time, even when in apparently safe environments; efforts to numb themselves through alcohol, drugs, or sex. These are all symptoms of posttraumatic stress.

I do not suggest that exhibiting these symptoms or, more importantly, acting them out, excuses any harmful behavior or its consequences. I do not suggest either that having many of these symptoms means that everyone who acts out violently has Posttraumatic Stress Disorder. On the other hand, I do propose that the level of hyper-stress in many neighborhoods, as well as in the community of the police and fire departments, has a significant influence on the level of violence in our country.

The problem is not political, not religious, not social, but human. Simply put, we all share this experience to some degree. That being the case, the answer to it does not lie in debate, will not be solved in the halls of our legislatures or our courts, and cannot be satisfied by protests on our streets. It must occur in an honest, personal, and open dialogue, that is, people sharing and listening to genuine feelings and experiences with others who will listen as well, finding ways to respect, empathize, and relate to the each other as fellow humans. It requires compassion, honesty, and, most of all, vulnerability. The process may prove cathartic, yet it requires much more than catharsis. We need to connect to and embrace each other as humans in order to allow us to share the pain, anger, fear, and, yes, shame.

There have been many precedents for this kind of open and interactive exchange. I suggest that we can begin such a discourse in the United States, and I hope this commentary might advance that end.

Reference
Kotlowitz, A., (1992). There Are No Children Here. New York, NY: Doubleday 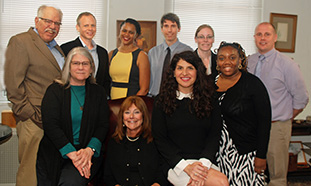 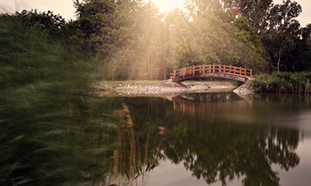 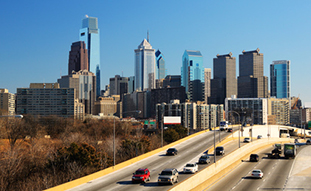 At Dr. Robin Lowey & Associates Psychological Services, we work with clients of all ages and with a wide range of difficulties, from those experiencing situational crisis or adjustment difficulty, to those with serious emotional disturbance. With a staff of twenty licensed mental health professionals, Dr. Robin Lowey & Associates Psychological Services has a therapist that is right for you. Just call our office to find out which of our therapists can best help you lead a more meaningful and enriched life. Please note that we have clinicians who speak English, Mandarin, Cantonese, French, and Russian.